This post in the third post in Adoption Attachment Resources series.  You can read the other two here and here. Please note there are links to Amazon pages but I am not an Amazon Affiliate at this time so clicking through doesn’t benefit me one way or another. END_OF_DOCUMENT_TOKEN_TO_BE_REPLACED

***So, I totally blew it and the “few days” I mentioned as a timeline for my next post, became 23 days.  Mea culpa.  I am a terribly inconsistent blogger.  A situation I plan to remedy soon.  I hope you will find this worth the wait.***

As I alluded to in When Love Is Not Enough, my late husband and I knew in the very early days of my youngest son’s joining our family, we were in over our heads.  We began to look around for a practitioner who understood attachment disorder.  So three months after returning from Ch*na, we found ourselves sitting in the office of a psychologist who had some experience in attachment disorder.  It was by no means his area of expertise, he didn’t claim it, but he was the father of two boys adopted domestically.  He spent a few sessions observing our son’s interactions with us, and proclaimed, “I don’t think you have anything to worry about. He seems to be attaching to you well.” I don’t really blame him for thinking this way.  My son absolutely manipulated the whole situation.  My son, who never once came within two feet of me willingly, spent one entire session leaning on my lap.  He gave total eye contact to the therapist.  At home he would barely deign to answer our questions, yet with the therapist, he chatted with openly, freely giving answers to questions.  False answers, but answers.  We couldn’t refute the behavior because our son had the therapist completely bamboozled and we knew it.  We left our third session frustrated and dejected.  We had not found the right professional.  And thus began a three-year journey to try to find the right help. END_OF_DOCUMENT_TOKEN_TO_BE_REPLACED 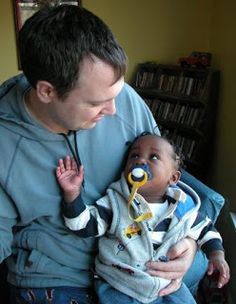 One of the biggest challenges for me as an adoptive parent has been finding the right resources to meet the needs of my children.  I mention in my previous posts When Love Is Not Enough and When Love Is Not Enough Part 2 what some of these challenges are which we have faced.  When we began our adoption journey we spent a tremendous amount of time researching our children’s special needs, which are cleft lip and palate (two children) and congenital missing ribs resulting in tethered chord syndrome and scoliosis (one child).  We interviewed doctors, researched hospitals, talked with other parents raising children with the same special needs.  I spent a lot of time researching language acquisition, cultural traditions and holidays, and what it would mean to be a transracial family.  The latter was the topic of an entire course we were required to take before adoption #2 to ensure we were sensitive to our child’s birth culture and not raise our child “too white.” You know what really wasn’t on our radar? Reactive Attachment Disorder.   END_OF_DOCUMENT_TOKEN_TO_BE_REPLACED

My first post “When Love Is Not Enough” started to get really long and wordy, so I split them in two separate posts so readers could tackle them at their own pace, or maybe decide after they read the first, they have read enough.  For those brave readers who have made it here to this post, and are willing to read to the end, thank you.

It is really hard to admit my love wasn’t enough to help my son.  It is hard to admit I wasn’t enough.  The other night I had a conversation where it was pointed out to me that I am “mom and dad.” I can’t really be dad but being just mom doesn’t seem enough.  I woke up in the middle of the night crying because I know whatever I can do, it will never be enough, I know God has to fill the void yet it is so hard to let go of the guilt that I have to be more than I am.  This is especially necessary when dealing with a hurting and broken child. Many people have the mistaken notion that kids who are adopted older are somehow so incredibly grateful they were “saved” that they would bend over backwards to show their gratitude.  We labor under the belief that of course every child just wants a family of their own – a mother and father. First of all, we didn’t save or rescue our son. OK, maybe in the most rigid sense of those words for his life was not exactly fabulous, and his future was bleak at best as a child with no family and a serious medical condition. It doesn’t matter.  It was the life he knew and as far as was concerned, we took him away from his life.  My youngest son was almost seven years old when we brought him home, and he was all the more angry.  About 18 months ago we were in a therapy session in a local in-patient hospital for children with RAD, and the therapist was kind of taking my son to task because as she told him, “your mother loves you. She brought you here to the States where you have had a loving home, a good education, medical treatment for your special need, and you are spitting in her face.” Now, let’s set aside how shocking this is from a therapist who is supposed to be experienced with RAD kids.  That can be addressed in another post.  However, let me tell you, my son’s reaction was truly eye-opening.  He erupted and said to me, “I hate you! I hate you! I never asked to be adopted.  No one asked me.  I didn’t want to leave.  I liked Ch*na,” and on and on for the next 10 minutes. The “I hate you” wasn’t a shock to me, he said that often.  What was eye-opening was his anger he was not asked.  Wow. I wonder how many other children are made to feel they should be grateful and happy they have a family, yet feel hurt and angry because it is not what they wanted.  Although I know the future he would have faced had he stayed in Ch*na, he did not know. He’s right.  He wasn’t asked.  All he was told by the people in the medical healing home was how lucky he was to be getting a family, but all he could think was “I never asked for a family.” I heard this over and over from him, “Nobody asked me.” On the one hand, it was incredibly hurtful to hear he resented me for “ruining” his life. What could I say to that?

END_OF_DOCUMENT_TOKEN_TO_BE_REPLACED 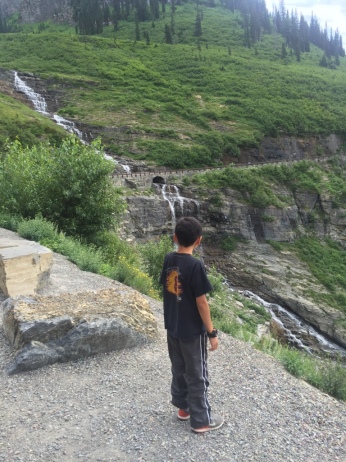 When I began this blog, I promised myself I would be authentic, real. Not telling everything but telling it like it is and tough luck if you can’t handle the truth. I have had to sit on this post for quite a while (like four months) because it’s very personal and it involves my kids. However, part of the reason I find myself writing this particular post is because no one really shares the truth about some less fuzzy aspects of adoption.  I think the reasons are many.  Some believe if you share some of the more unseemly parts of adopting, it will scare people away from adoption.  Some, like me, are just plain embarrassed.  We feel like we failed or are in some way defective.  I mean, look at all the adoptive family blogs on the internet, with smiling gorgeous kids who do all the fabulous things, and love, love, love them all, “we have 10 perfect kids with special needs so let’s add two more!”  I am not knocking them, I am just skeptical. There was a time when I arrogantly believed I was an international adoption expert.  Then child #4 entered our lives.

END_OF_DOCUMENT_TOKEN_TO_BE_REPLACED

Big days are hard in our family, and Father’s Day is the worst. Seriously the worst.  Of all the big days we have to endure without him, this is the day I hate the most. My kids began life without fathers.  For whatever reasons, they were abandoned by their birth families and went years without knowing the love of a real father.  Then one by one they joined out family.  Paul said, “Yes!” enthusiastically to each and every one of them. And then he was gone.  A couple of years ago, I gave up the idea of being both mother and father to my children. I can’t replace their dad, their “Baba.” I can’t be him.  He was amazing.  He was fun.  His big lap (he was 6’2″ to my not quite 5’2″) was the one every one wanted to sit in for stories.  He was the storyteller.  I remember my kids would say, “Baba, tell us a story,” and he would start “Once upon a time there was a boy who …” and every two sentences one of the kids would interrupt to tell him how the story needed to go.  So a boy who was setting out to explore became “Hot Lava Changing Boy” who saved the world from the “Red dragon of Enderling.” His was the lap that comforted kids before and after surgeries. His were the arms that held scared children whether it was on the day we first became a family, or the first day of Kindergarten.  He was a cake decorator extraordinaire and could create whatever scene the kids asked him to create. He shared his love of cycling with them, and bestowed on them a love for books.  He loved books. Most of all, he loved being their dad.  My kids are starting to lose their memories of him, especially the sound of his voice, and I have very little evidence to provide to them because he was the one behind the camera most of the time.

It is clichè to say “they have a Heavenly Father” because though we trust in God, have faith in God, there is really nothing that can replace the very important person that is our earthly father.  Paul was not their biological father, but he was their real dad.

We love you forever and always Paul, to the moon and back!

I recently read Elizabeth Gilbert’s book, Big Magic: Creative Living Beyond Fear. One of the things she says she does in order to attract creativity is to say to inspiration, “I’m here.” It has taken me ages to write this first post on this blog. Ages. Part of the reason is because this blog is part of a bigger plan, my plan to have a website containing all my creative endeavors. This particular space is meant to be a place to think out loud. Steven Pressfield, in his book The War of Art, discusses the various forms that resistance can take in the creative process. Resistance takes the form in my life of fear and perfectionism. Wanting everything to be perfect before launching and fearful of being delusional when it comes to calling myself a “writer,” has kept me in stasis. Here but not here, writing in my head but not on the page. I decided, as most people do when they finally take the plunge into a new career, to just go for it. There will never be a perfect time or the perfect environment or a perfect set up. Life is messy and more than willing to provide endless excuses for inaction. So, I am here. I want to tell you a little about who I am and who I am not. Let me introduce myself.  END_OF_DOCUMENT_TOKEN_TO_BE_REPLACED